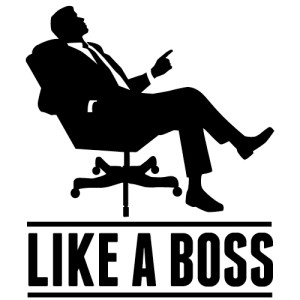 I was reading forbes magazine the other day, that stated that one of the trait of a boss is that they confront people and they take action despite becoming less-liked.

To me this really hits home as I am guilty of being on the side of being too much a people pleaser all my life. I have always been on the shy side and always would like people to feel good so I would cater to their needs often.

But as I grow older and I build more fortitude about myself and my capabilities I learn more and more to rely on myself for the answers and the tough decisions. I am honing my skills daily, skills that I know will make me wealthy down the road. I am building my power of influence and authority over my field and I am becoming a stronger version of myself daily.

Who is the most important person to confront?

That's right yourself, where are we falling short on our own promises? Where are we letting ourselves off the hook? What part of our daily routine do we want to change? How can we become more productive each day and go towards success?

There is parts of me that believe that after working hard for a while its important for me to take a break but I let that break turn into 30 min and then next thing you know it has turned into 2 hours. So I need to figure out how I can maximize everyday work and only take a break after certain goal has been met. I mean its only society that told us that we should work 5 days and take a break on the weekend. But when has society ever provided something for us that has made us successful?

I believe society is more interested keeping everyone at the same levels, I don't think society has any interest in our personal freedom, success & well being.

Who have you confronted in the last 24 hours?

A boss has to become his own confronting force and not be scared to be confrontational to others.A boss leads his own life and path and allows others to follow him.

Have you been a boss lately?